Get fresh music recommendations delivered to your inbox every Friday.

from applEPairs by Two Apple Tobacco 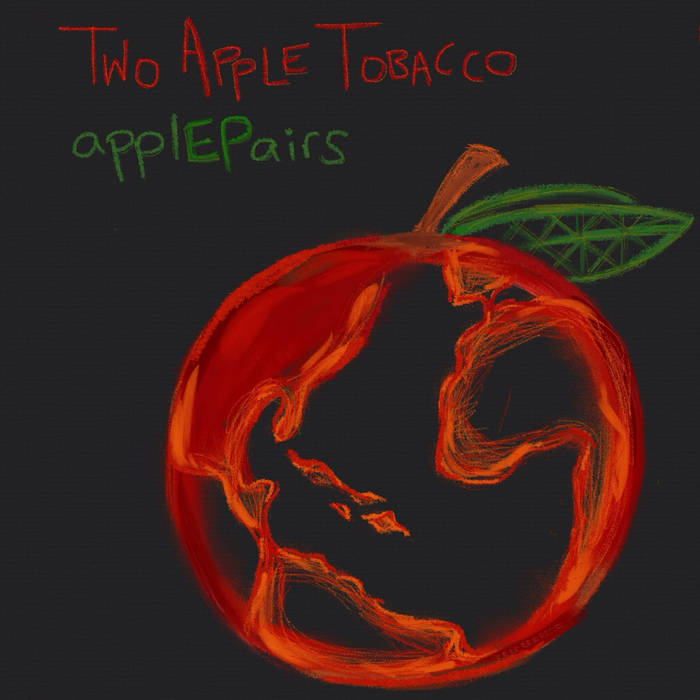 Can you see it now?
Is it the end?

Smells like a wiff of arctic breeze...
As it's caressing a summer season... lying,
With its arms and legs all bare

Well what are we doing right now?
Blockin' up the door with pieces of the floor...
(and these padded mattress walls)
Well, something's got to get through to remind us that there's
A future out there, in need of salvaging;

So now I'm left to wonder if you mean well
But you just can't seem to see it through—or see it clear
For fear you might lose the slight security
You’ve gained through your orchestrations
Testing all health and patience:
We know everything we've gotta do—
But right now this one's dealt to the few... of you.
(And it's in your hands)

As the explorer parts the grass in front to make a pathway that is clear ahead,
You gotta choose now to be smart instead,
And put aside all the absurd irrelevant shit
That obscures our... frame of reference now,
'Cause it seems there ain't no easy way of getting out—And, we're up to our heads

(Every time)—but this time…
We've got to work this out:
We gotta run this world like a singular economy
But with its currency in tune with the melodies of the Universe
And the frequency of harmony compatible with human-time
And we may get through this after all.

Little Brother joins the show to discuss their beautiful journey, plus tunes from Fat Tony